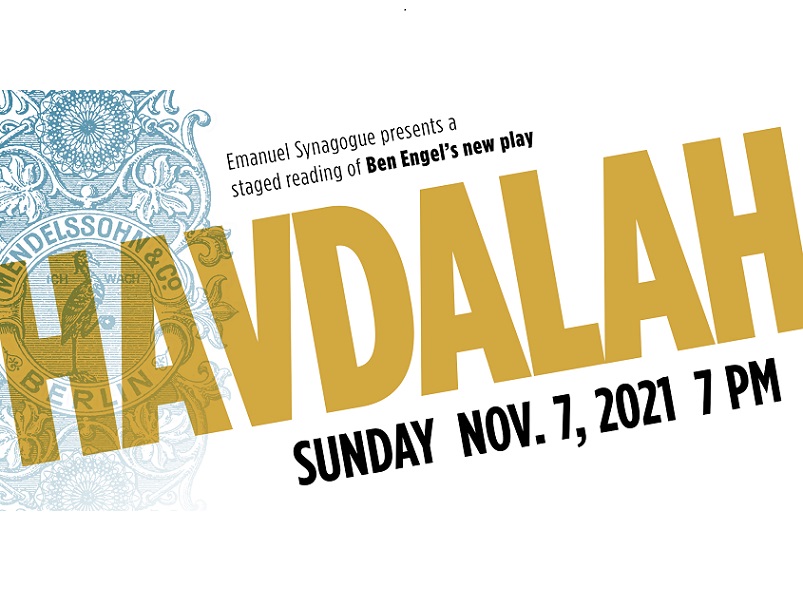 The Emanuel Players will return to the stage Sunday, November 7, with a staged reading of Ben Engel’s latest play, “Havdalah,” directed by Adrian A. Durlester.

The play looks at the pressures, conflicts and opportunities Jews faced when they encountered modern life in Nineteenth Century Berlin. Engel tells the story by focusing on the large and prominent Mendelssohn family.

“Jews won more freedom as they emerged into the modern era, but handled it in different ways,” Engel said. “Some sought to change the religion. Others converted. Still others remained traditional. This set brother against brother, partner against partner, Orthodox versus Reform.

“You see all this in the Mendelssohns and their friends. But also, the pressures they faced are mirrored by challenges we face today,” Engel said.

In the run-up to the November production, we invite you to the following events:

Part of the “Havdalah,” story involves creation of the great Violin Concerto in E Minor by Felix Mendelssohn. The play suggests that the Jewish-born composer, who was converted to Lutheranism by his father at age seven, was conflicted as an adult about his religion, and that the conflict surfaced during composition of the Concerto. Engel noted that while that is speculative, overall the play is based on historical events. Engel inserted snippets from the Violin Concerto, and some of the composer’s short piano works, into the play.